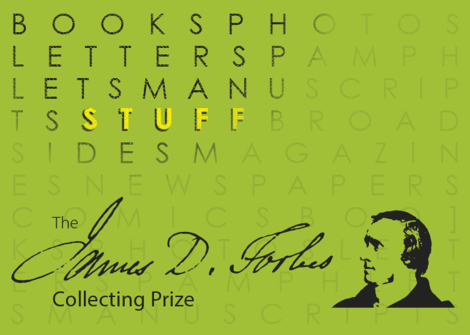 Bibliophile? Photography lover? Tell us about your collection and you could win £500 plus the chance to help select a new Special Collections item.

The Special Collections Division of the University Library is delighted to offer a prize of £500 to a student collector. Open to any registered student of the University of St Andrews in the academic year 2017-18, the collection may consist of books, printed ephemera, manuscripts or photographs, tied together by a common theme. What’s important is that the collection was assembled by the applicant, not the number of items nor the monetary value.

The prize is offered in honour of James David Forbes (1809-1868), the eminent scientist and Principal of the United College of St Salvator and St Leonard at St Andrews, whose stellar library was presented to the University in 1929. The purpose of the prize is to encourage students of the University to build their own coherent collections of books and to promote interest in book collecting. Similar prizes have been established at the Universities of Edinburgh and Aberdeen, and other prizes exist in North America and England.

The prize will be in two parts: 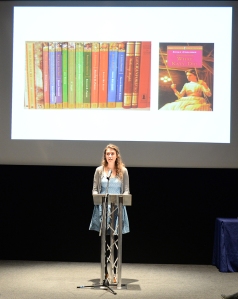 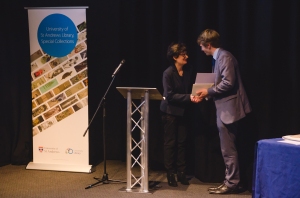